Waiting To See Where KO Lands Next
http://keitholbermann.org/forum/

by Marie
Neither! It's "Ki'-eew" -- as this article from the NYT outlines:

Wait, How Do You Pronounce Kiev?
The pronunciations heard during Wednesday’s testimony before the House Intelligence Committee left some spectators scratching their heads. We asked two experts.
By Karen Zraick
The New York Times
11/13/2019

Key-EV or KEEV? Ukraine or THE Ukraine? The testimony in the public impeachment hearing before the House Intelligence Committee on Wednesday spurred discussion of the right way to say each, so we asked two experts.

The first question, they said, is by far the trickier of the two. Yuri Shevchuk, a lecturer in Ukrainian at Columbia University, said that native Ukrainians stress the first vowel, and pronounce it like the “i” in the word “kid” or “lid.” The second vowel is pronounced as a separate syllable, and sounds like the “ee” sound in “keel.” The v is also pronounced a bit differently, like the end of the word “low.” It’s a bit hard to describe. But spoken in Russian, Kiev, Ukraine’s capital and home to about three million people, sounds more like “Key-EV.” Americans tend to be more accustomed to hearing it the Russian way. (The official language in Ukraine is Ukrainian.)

American lawmakers and officials at Wednesday’s hearing generally sounded as if they were trying to pronounce Kiev in Ukrainian, rather than the way it is pronounced in Russian. But at points, it sounded more like “keev,” with the long “ee” pronounced as a single syllable. According to Dr. Shevchuk, State Department employees and others who work in foreign policy in Washington generally try to pronounce it the Ukrainian way, out of respect to Ukrainians.

The officials who testified, George P. Kent, a senior State Department official in charge of Ukraine policy, and William B. Taylor Jr., the top United States diplomat in Ukraine, have found themselves at the center of the effort by Democrats to open an impeachment inquiry into the president. Mr. Kent testified that efforts to “gin up politically motivated investigations” were “infecting” United States policy toward Ukraine. Mr. Taylor testified that he was told that President Trump cared more about investigations of former Vice President Joseph R. Biden Jr., than he did about Ukraine.

On to the second question, is it Ukraine or THE Ukraine? Americans have used both. For decades, the country was part of the Soviet Union, and “the Ukraine” was used in English. But after it became independent in 1991, the preferred name became “Ukraine.”

“Ukraine wants its independence to be acknowledged, so no article,” said Irina Reyfman, the chair of the Slavic languages department at Columbia University. A Dec. 3, 1991, article on the front page of the New York Times, reporting that Leonid M. Kravchuk had won Ukraine’s first presidential election and that Russia had recognized the country’s independence, carried the dateline without the “the.” A sidebar on “the terminology of nationalism” noted that the White House had also stopped using the article, and that Ukrainian-Americans preferred that rendering.

Back to Kiev: There is also debate over how to spell it. The official State Department biography of George P. Kent, who testified on Wednesday, spells it Kyiv, which reflects the transliteration from Ukrainian. The New York Times still spells it Kiev, which is the transliteration from Russian. (Mr. Kent, a senior State Department official in charge of Ukraine policy, used a pronunciation closer to the Ukrainian version.) In June, the Ukrainian Embassy in Washington announced that the United States Board on Geographic Names had adopted the alternate spelling at the urging of Ambassador Valeriy Chaly. The Congressional Ukraine Caucus and the Ukrainian Congress Committee of America had also pushed for the change, according to the embassy.

“There’s no reason other than old colonialist inertia to continue using a Russian spelling for a Ukrainian city name,” Dr. Shevchuk said. He noted that legend has it that the city was founded by a set of three siblings around the sixth century and named for the eldest brother, Kyi. A monument to the siblings is a popular destination for tourists and newlyweds. 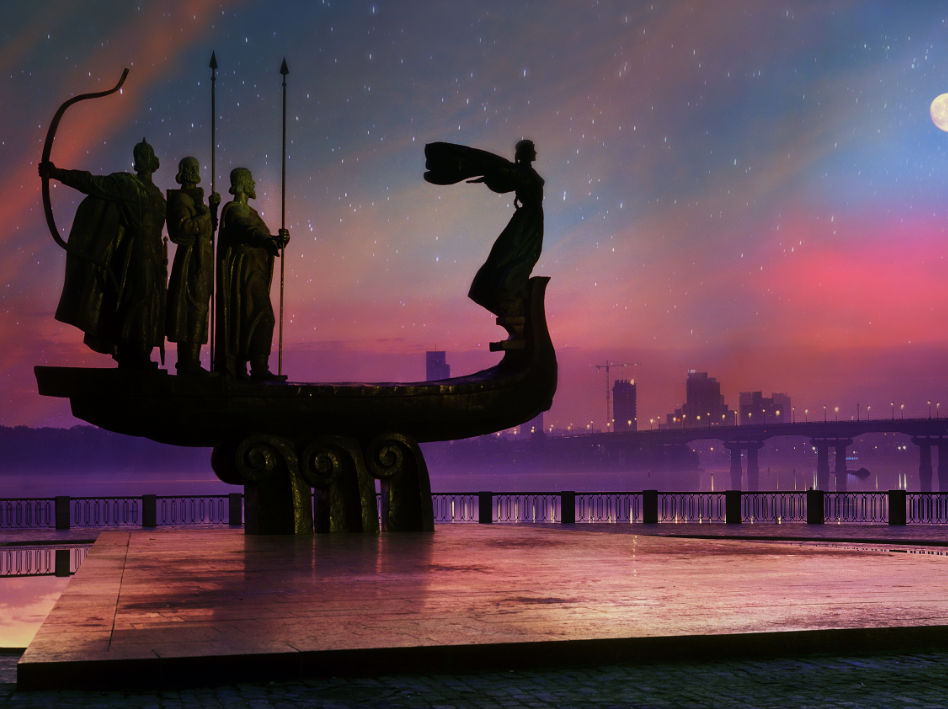